Every country has its own unique system and the Australian Parliament is no different! Australia is both a democratic country and a constitutional monarchy with Queen Elizabeth II as Australia’s head of state. Australia is a federation of six States and two self-governing Territories. Each of these States and Territories has their own constitutions, parliaments, governments and laws. On a national level, the government is also known as the Federal or Commonwealth Government.

The Federal Parliament holds the power to pass laws nationwide and is listed in the Constitution. This means that these laws will affect the whole country. Issues like immigration, marriage, communications, defence, foreign affairs and taxation are taken care of by the Federal Government.

The six States join together to form the Commonwealth of Australia. While the Federal Government makes  laws on a nation-level, each state will pass their own laws over matters not controlled by Commonwealth listed in the Consitution. Issues such transport, roads, electricity, agriculture, schools and hospitals are dictated by the government on a state and territory level.

On the other hand, Territories are areas in Australia that are not claimed by one of the six states and are either administered by Australian Government or be granted self-government.

Also known as local councils, local government is responsible for issues related to a certain area or group of suburbs. These issues include local roads, rubbish collection, libraries, signage, and parks.

It is without a doubt that the role of Parliament is integral to Australia, but what exactly do they do? To understand, we must understand how it is made up. The Australian Parliament consists of the Queen (represented by the Governor-General) and two Houses, the Senate and House of Representatives. There are three arms of government: the legislature (Parliament), the executive (Australian Government) and judiciary (legal arm). The Parliament’s role is responsible for debating and voting on new laws under the Constitution.

Now how does the Parliament passes laws and why does it take so long? Even after all the effort in developing a policy and passing a Bill, there is a lengthy process for the passage of legislation:

Now, the above passage of legislation is just the most common route. Often, conflict occurs and other alternative passages must be used. For the sake of this blog, we had to cut it short – the Australian government is way more complicated than that! Fortunately, we are offering much more comprehensive and engaging study tours for those who are interested in learning about the Australian government. We cater the programs to each client and their needs. Contact us now and let’s see what we can do for you. 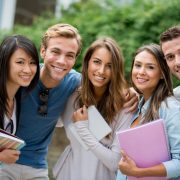 Why Understanding Cultural Differences Is Great For Business
Scroll to top